‘Eat That Frog’ and make progress with your to-do list

There are many tools and tips out there for beating procrastination and getting down to tackling the to do list. Perhaps the most intriguing and fun sounding is Brian Tracey’s Eat that Frog.

If you regularly use to do lists you probably have that one task that just gets ignored every time and ends up being moved from list to list….sound familiar? It’s the one that you really dread doing whether that’s because it’s hard, boring or you don’t know how to do it. It may have been a job you’ve been given or you think it’s going to take you a long time.

Basically it’s a really ugly frog and you can’t bear the thought of kissing it even if it might turn into a Prince. 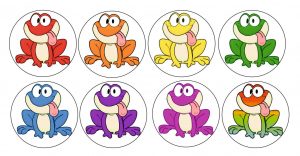 Brian suggests that every day you should start by identifying that ‘frog’ of a task.  Then make that the one that you tackle first. (I like to identify it with a strategically placed fun frog sticker!) These can be bought from Hazel’s Labels using this link.

Then you simply wolf that frog down first thing and every other task after that seems really tasty in comparison.

It’s a bit like the Bush Tucker Trial on I’m a Celebrity Get Me Out of Here. Those who look at the bugs and prod them, poke them etc always struggle but those who simply close their eyes and gulp them down succeed.

As with all these tips I suggest that you give it a try. Maybe right now, tomorrow or for the next week.

Personally I’ve found that most of the time the task really wasn’t as bad as I’d imagined.  The sense of relief after is just amazing.

Posted in Books, Tips and tools
← What can coaching be used for?What do you actually do? →